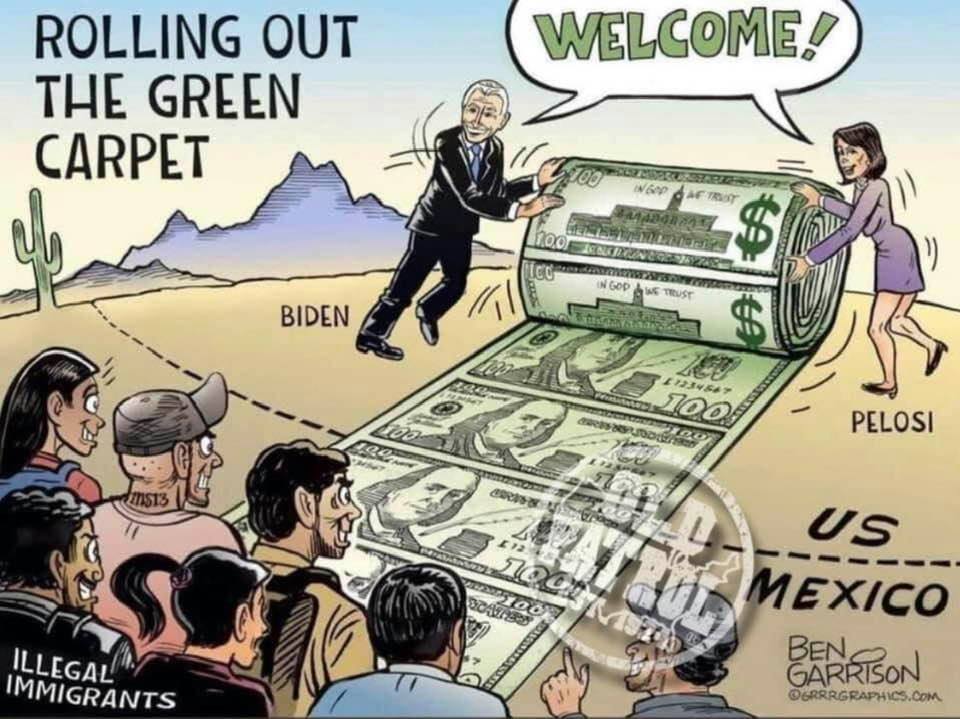 What President Joe Biden derisively declared “garbage” last week turned out to be true just a few days later. For most American men and women who work hard to support their families, this kind of ineptness and double talk from our president comes as no surprise. It’s why trust in government seems to be at an all-time low—and it’s completely warranted.

And nowhere is the ineptness more evident than in border security, where the Biden administration’s massive failings have together proven to be the first dent in the president’s carefully constructed armor.

Last week, Fox News White House correspondent Peter Doocy asked the president about a recent report that revealed the administration was considering financially compensating parents of children who were separated at the border. The president dismissed the report as “garbage.”

This week, the White House claims the president was only dismissing the specific amount of money—$450,000—reports had cited. The ACLU, which brought a lawsuit concerning the matter, later issued a statement basically asserting President Biden was out of touch with the facts.

I’m all for giving someone the benefit of the doubt. But in context, it is clear President Biden was suggesting the entire report was “garbage”—not just one part. In short, the president either intentionally lied or he doesn’t have much of a clue about what his administration is up to. Let’s hope it’s the latter.

But for now, let’s stick to facts so you can make an informed decision about people who purposefully subjected their children—some of whom were just newborns and toddlers—to some of the most dangerous and extreme conditions imaginable may be rewarded and paid by American taxpayers for violating our laws.

Consider first that the U.S. Border Patrol has apprehended more than 140,332 unaccompanied children since President Biden took office. These children didn’t just appear on our doorstep. Parents or guardians allowed them to be smuggled by human traffickers with apparently little to no concern for their wellbeing.

Second, consider that if you or I had our children with us during the commission of a crime which required the police to take us into custody, we would be separated from our children during the ensuing legal process. We don’t get to take them into the jail cell with us. But it’s even worse for American citizens because we would, almost certainly, be charged with additional crimes for subjecting the children to danger. Illegal status in the U.S. and crossing the border illegally should not render a person immune to any penalty that otherwise could be imposed on American citizens.

Lastly, consider the undeniable fact that the U.S. Border Patrol had no sure-fire way to determine whether a child was in fact the blood relative or any other type of relative to the people who they traveled with across the border. Multiple investigations determined that smugglers put young children with adults to cross the border illegally and then recycle the child when the adults are released under the “catch-and-release” program.

Many of the parents who were separated from their children during the initial processing phase chose to voluntarily return to their countries and left their children in the U.S. with the hundreds of thousands of other unaccompanied children U.S. Border Patrol was forced to care for and for which taxpayers footed the bill.

The Biden administration’s Department of Justice was caught with its pants down when it was discovered it was considering taxpayer-funded settlements with parents who violated our laws and subjected their children to what amounts to child abuse during the dangerous trek to our border.

If the administration cared about truth, transparency, and justice, instead of politics, it would allow each case to proceed to court and let the parents prove they did not purposefully leave their children in the U.S. The administration would also allow the American people to see and judge for themselves in open court whether these parents had a legitimate claim against the government which would entitle them to taxpayer money.

Instead, President Biden is trying to hide behind closed door proceedings while taxpayers wouldn’t immediately know why millions of dollars are being given to those who broke our laws.

Under President Joe Biden’s leadership, American citizens are held to much higher standards than people from other countries who break our laws and cross our borders illegally. Under the president’s leadership, failure is success so long as he can make it fit the narrative. The rule of law needs to be restored in Biden’s America and we need to return to normalcy.