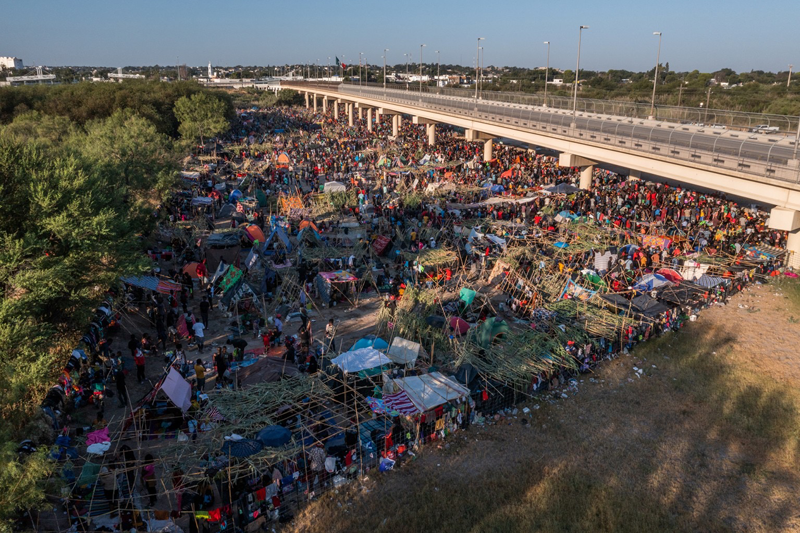 As Border Patrol agents, we place ourselves in dangerous situations every day because we took an oath to uphold the Constitution and enforce the laws of this nation. President Biden took that same oath. Unlike President Biden, we take our oath seriously.

President Biden reappeared today, after the chaos that he and his administration created and that had been taking place for more than a week, and what does he do? He miraculously takes a question from the press and proceeds to take “responsibility” for the chaos he caused by blaming the Border Patrol agents who were left to clean up the mess his administration created. Not only that, but he lied about it.

Biden had no qualms about further inflaming dangerous racial tensions by repeating the drumbeat of propaganda that he must know is all based on lies, deception, and the usual hysteria dialed up by radical activists and far left politicians. Even the photographer who took the photos in question, Paul Ratje, has come to the defense of our agents, stating publicly that he and his colleagues never saw the agents whip anyone.

Regardless, Biden said, “It was horrible to see, what you saw. To see people treated like they did. Horses barely running them over. People being strapped. It’s outrageous. I promise you those people will pay. There will be an investigation under way now. There will be consequences. There will be consequences. It’s an embarrassment. It’s beyond an embarrassment. It’s dangerous. It’s wrong. It sends the wrong message around the world. It sends the wrong message at home. It’s simply not who we are.”

The Border Patrol agents on the Horse Patrol did their jobs, followed their training, and will be exonerated by a fair and impartial investigation. But why even have an investigation? President Biden, Vice President Harris, and DHS Secretary Mayorkas have already passed judgement on the agents, their families who depend on them, their livelihood, and their careers by stating, “I promise you those people will pay.” In other words, no investigation is necessary.

It is apparent that President Biden is oblivious to the concept of due process. It is an American institution that holds that people are entitled to a fair and impartial investigation and that they are judged after they had a chance to defend themselves. Border Patrol agents cannot be judged by anyone sitting in the White House and passing along decrees based on a few seconds of misleading video and carefully edited photographs. As President Biden said, “It’s simply not who we are.”

We are disgusted by President Biden’s words today. This is not leadership, but pure intimidation.

Our agents deserve better. They deserve an apology and true leadership.