Excerpts of Sen. Cornyn’s remarks are below, and video of his speech can be found here.

“Two weeks ago, the Senate was unable to proceed to consider a very important piece of legislation called the Stop Sanctuary Policies and Protect Americans Act. The goal of this legislation is to protect our communities from criminals who violate our laws and who pose a danger to those communities.”

“I wanted to come here to the floor and talk about the larger problem of violent crime committed by those who are here illegally and… to highlight the importance of the victims, and the families across the country who are suffering because we’ve not taken the appropriate action to stop these criminals.”

“One person I want to talk about in particular… is Javier Vega Jr., who grew up in La Feria, a small town of about 7,000 people in South Texas. Javier was known by the name ‘Harvey’ to his friends… and he spent his entire life thinking of ways to how to help others other than just himself.”

“Harvey thrived in the Marine Corps and so after leaving the Marines and working day and night to put himself through college, he decided the next step in his public service was to join the U.S. Border Patrol. Harvey’s mother said that he approached his work at the Border Patrol just like everything else he pursued in life: with diligence, dedication to hard work, and trying to just simply be the best he could be. He was proud to help protect his fellow neighbors and serve our country, and he worked tirelessly to do so. But, tragically, Harvey’s service to his country was cut short.”

“Last summer he was out at one of his favorite fishing spots with his family. But shortly after he and his family members cast their lines into the water on that Sunday afternoon, he was ambushed by two men who tried to rob him, and the encounter turned heartbreakingly violent. Harvey’s lifelong commitment to protecting those around him, something he seemed born to do, kicked in instantly. As Harvey and his father, and eventually his mother, tried to fend off the attackers, tragically, Javier ‘Harvey’ Vega Jr. was killed.”

“What was supposed to be a normal weekend fishing with Javier and his family instead turned deadly. Who were the killers? Well, they were two illegal immigrant criminals who had repeatedly violated our laws. Both had been deported multiple times but managed to repeatedly find their way back into the country, even after committing a long list of crimes. In fact, according to some witnesses, these two men had been terrorizing the community for months.”

“I don’t raise this issue or this story lightly, but the country should know that the family of Javier Vega Jr. – that for them this is reality.”

“So for the Vega family, their lives will never be the same. And I know they don’t want other families in Texas or elsewhere around the country to have to suffer like they have.”

“America’s law enforcement community, including heroes like Harvey, put their lives on the line every day to protect our citizens. They work tirelessly to try to protect our safety. And I hope our colleagues will come to their senses and stand up for those who provide for our public safety and not contribute to a situation where other families like the Vega family will lose a loved one to the sort of career criminals that I was referring to earlier.”

“Everybody in law enforcement knows that you’re never truly off duty, and Javier’s brave actions that fateful day back in 2014 should be classified as a death occurring in the line of duty.”

“It is our duty as members of Congress to put a stop to this, and I pledge to keep fighting on behalf of the Vega family for legislation that will do just that.”

Senator John Cornyn, a Republican from Texas, is a member of the Senate Judiciary and Finance Committees. 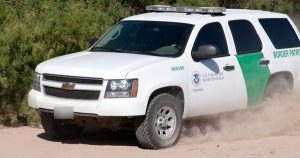