OP/ED by NBPC President Brandon Judd: Trump’s wall is the best way to end the humanitarian crisis on our southern border 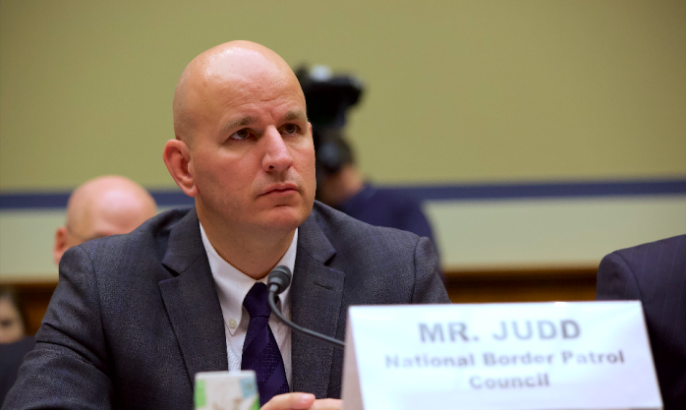 If Democrats and the media elite truly cared about the safety of illegal immigrants, they’d be down on the border right now working to build the wall President Trump wants America to have.

As a veteran Border Patrol agent, I know firsthand that a secure border with the big beautiful wall the president is building is the only humane and permanent solution to the crisis at the border.

Despite Democratic obstruction, President Trump is building the wall now, and he will play hardball with Congress to ensure that the necessary funding to complete the wall is secured. Without a completed wall, thousands of illegal immigrants will continue to put their lives at risk.

As long as people think they can cross the border illegally, they will continue to try. The journey is dangerous enough due to the natural conditions alone. Traveling hundreds or even thousands of miles on foot, often in extreme heat and without adequate water, is no easy trip for an adult – let alone for a child.

But those who try to cross our southern border illegally are subject to much worse than just the elements – they are at the mercy of brutal criminal gangs. The illegal immigrant smuggling trade is dominated by predatory “coyotes” connected to Mexico’s worst drug cartels. They care little for the lives of their human cargo. These are the sorts of people who don’t think twice before leaving illegal immigrants to die in locked trailers under the desert sun.

The coyotes’ control of human smuggling across the border results in routine violence, theft, and death, as well as the widespread rape of Central and South American women and girls.

A 2014 Huffington Post report stated that 80 percent of illegal immigrant women and girls are raped during their travel.

In addition to discouraging illegal border crossings and protecting desperate migrants from violence, rape and death, securing the border will save American taxpayers vast amounts of money. It will also free up the resources necessary to expedite legal immigration and review the ever-growing backlog of asylum claims.

According to a 2017 study, the presence of illegal immigrants and their 4.2 million kids costs Americans roughly $135 billion in taxes at the federal, state, and local levels. That’s a tax burden of roughly $8,075 per illegal alien family member. Another recent report revealed that the federal government spent $1.4 billion just housing illegal immigrant unaccompanied minors, which works out to $670 per unaccompanied minor per day.

President Trump is only requesting an additional $25 billion to complete his border wall – a one-time cost that is minor compared to the cost of illegal immigration.

Building the wall will also solve the family separation issue. If families can’t enter illegally, then they won’t be separated while the adults await trial and sentencing. A wall would also funnel legitimate asylum seekers to proper ports of entry. True asylum seekers have no need to cross the border illegally.

Securing the border once and for all won’t just protect desperate migrants from harm and save Americans money – it will also protect Americans from harm. The massive influx of unaccompanied minors across the border during the Obama administration brought with it a massive increase in MS-13 gang violence. Mexico’s cartels are also taking advantage of our porous border and flooding our communities with deadly drugs.

The closer President Trump’s wall comes to completion, the closer we get to end the humanitarian crisis caused by our porous southern border. The Democrats’ dream of open borders and their unrelenting opposition to securing our border hurts the people they claim to care about the most.