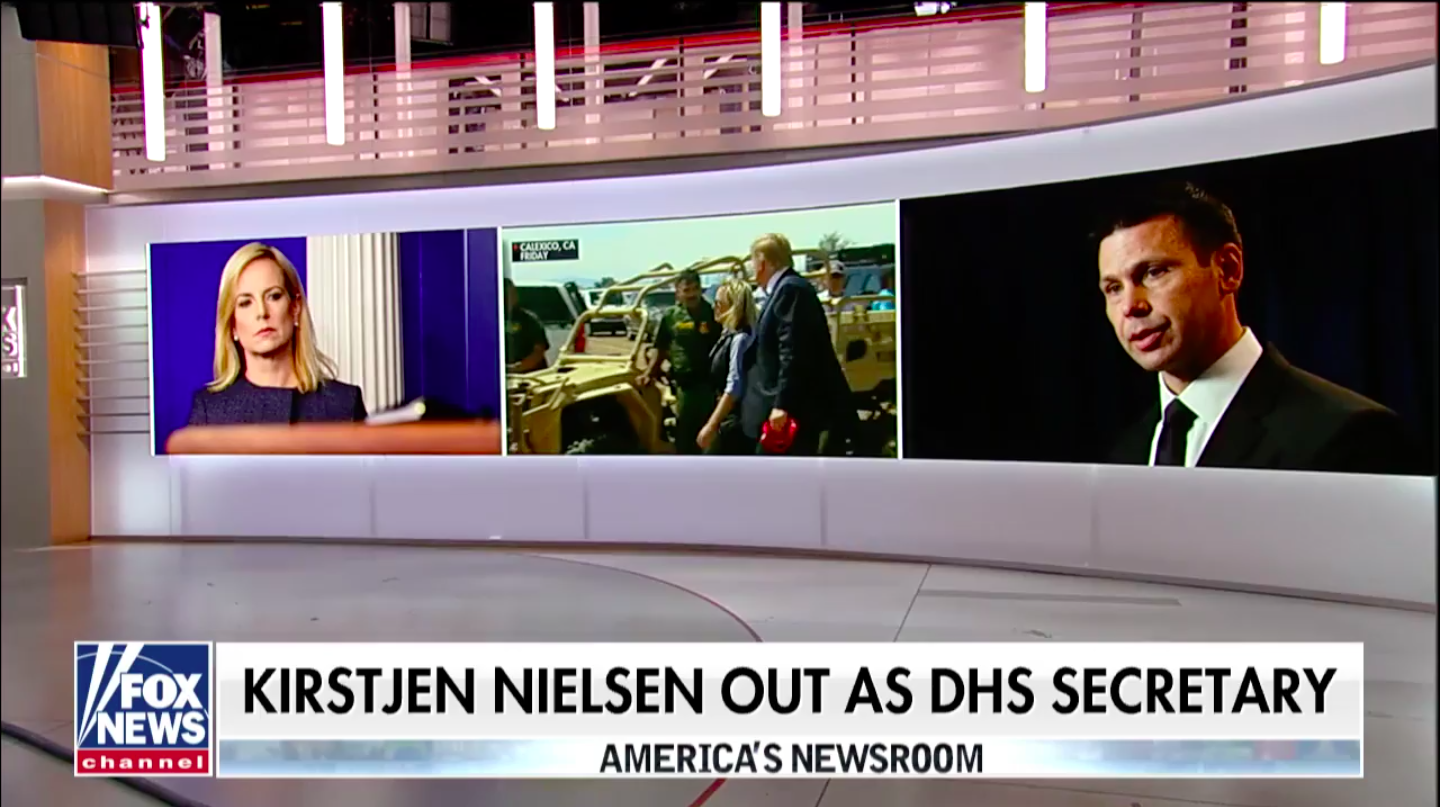 “This is going to be a tough job. The Department of Homeland Security secretary has a lot of responsibility. He has to work with our members of Congress,” said Garza on “America’s Newsroom” Monday. “We know that he’s going to be our acting secretary for the meantime. We don’t know who the permanent secretary will be but we do have full confidence in President Trump that he will choose someone that will have the skills and determination to secure the border.”

President Trump revealed in a tweet Sunday that McAleenan will become the acting head of Homeland Security, a sprawling department of 240,000 people, following the resignation of Secretary Kirstjen Nielsen.

“Working with Commissioner McAleenan, I have met with him personally on one occasion, he has been leading the charge on the CBP side. We do know that he does advocate for border patrol agents and he has been trying to let the American public know of the crisis that’s happening on the border,” Garza said.

McAleenan is a longtime border officer, reflecting Trump’s priority for the department initially founded to combat terrorism after the Sept. 11 attacks. Fox News is told Trump wanted the “toughest cop” around on border security, and McAleenan fit the bill.

When asked if he thinks McAleenan fits the bill, Garza answered, “It’s a tough job and with the laws that we have in place, it makes it very difficult to do a good job in that position. I think what’s more important is that our members of Congress, they’re going to have to work with the secretary, be it acting or permanent, they’re going to have to work closely with our secretary to make sure that we can solve this mess and that includes providing the resources that our agents need to be able to solve this security crisis.”

When asked what he thought about Nielsen in the role of Homeland Security Secretary, Garza said, “She tried her best. She tried her best to do this job. It’s tough, again, with the laws we have in place. It’s not easy.”

Garza stressed the need for Congress to change U.S. immigration laws “so that we stop encouraging illegal immigration.”

He emphasized that if the laws don’t change “this mess will only get worse” and said, “we need to deal with this crisis right now.”

OP-ED by Hector Garza: The Aiding and Abetting of Migrant Caravans