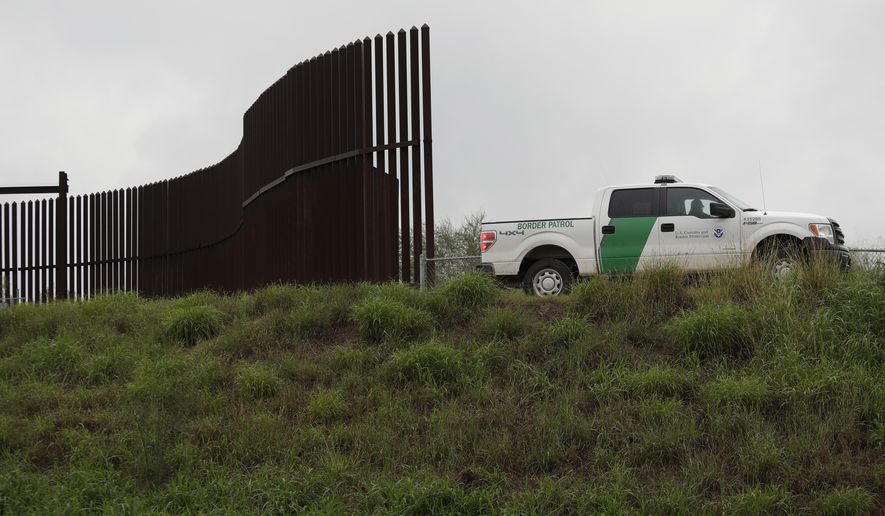 Recently on his Fox Business Network show, Lou Dobbs decried the state of border security and illegal immigration. His anger was palpable and his points were spot on. With evidence in hand, Fox News reporter William LaJeunesse responded to Mr. Dobbs, stating “Customs and Border Protection basically raised the white flag.”

Both Mr. Dobbs and Mr. LaJeunesse seemed to be stuck in my 21-year Border Patrol nightmare. I love my job as a Border Patrol agent, but the nightmare, as Mr. Dobbs aptly pointed out, is the lack of political will to enact policies and programs that will secure the border and end the catch-and-release program once and for all.

Political pundits, talking heads, scholars and politicians have convinced the American public that only legislation can solve the problem. They say there are too many immigration and asylum loopholes preventing the government from deporting illegal border crossers in a timely manner.

They are all wrong. Mr. Dobbs is about to get the “ingenuity, adaptiveness, and innovation” that he demanded.

The catch-and-release program – the catalyst that drives the current illegal immigration crisis – has proven to be a complex issue. As human beings, we tend to believe complex problems require complex solutions.

In this case, however, the answer is simple and has been right in front of our faces all along: Cross-designate and train Border Patrol agents at the senior patrol agent level as asylum officers with limited authority to conduct “credible fear” interviews.

By so doing, DHS eliminates part of the bureaucratic process that makes the government move at a snail’s pace. It will alleviate a lot of the backlog that jams up the immigration court system, all the while acting under current authority without the requirement of new legislation.

Unless Congress has specifically addressed how to carry out a particular law, an executive agency is entrusted to interpret the law and implement policies to execute the law. Under a principle established by the Supreme Court in 1984 (“Chevron Deference”), courts must defer to the federal agency’s interpretation of the statue unless it is unreasonable.

Asylum and deportation proceedings are civil administration actions, not criminal. Therefore, DHS has the right to establish fear thresholds. Unlike in a criminal proceeding, where the government must prove its case, the burden of proof falls on the illegal border-crosser to provide proof establishing a credible fear.

If the “credible fear” process begins upon arrest by Border Patrol agents, instead of at a later interview before an asylum officer, the process will be much more efficient. If an asylum-trained senior patrol agent determines that the alien has not established a credible fear, an order of expedited removal can be issued, and the illegal border-crosser can be removed immediately. The illegal border-crosser does have appeal rights, but by regulation an immigration judge must hear the case within 10 days of the person asking for reconsideration. Again, because this is not a criminal proceeding, the burden of proof remains on the illegal border-crosser, not the U.S. government.

If no credible fear is established, the process would take no more than 10 days instead of the 2 to 5 years it now takes to deport an illegal border-crosser who claims asylum. This simple adjustment would end catch-and-release.

Illegal immigration dropped to 45-year lows in April 2017 based upon the promise to end the catch-and-release program and deport illegal border-crossers in a timely manner.

President Trump and intelligent senior policy advisors at the White House have been tirelessly working toward that end.

As a law enforcement officer, I believe in due process. By cutting bureaucratic steps while still adhering to the law, this initiative provides the illegal border-crosser the necessary due process while helping to ensure an orderly immigration and asylum system.

We should never wave the white flag of surrender to illegal immigration. We don’t need new laws. We don’t even need cooperation from Mexico, Guatemala, El Salvador, or Honduras.

We need to act with boldness and within the current laws. Solutions are there for those who truly wish to find them.

Mr. Dobbs stated, “use ingenuity.” That ingenuity is on its way, and Mr. Dobbs‘ dream of ending catch-and-release will shortly come to pass.

⦁ Brandon Judd is president of National Border Patrol Council, the union that represents the agents and support staff of the U.S. Border Patrol.